What’s in a Name?

We have no record of why we are called “The Hadrian Lodge” looking at the banner it is obviously connected the Roman Emperor Hadrian. This is something of a mystery because, despite some heavy research, I am unable to find any connection in this area with Hadrian. He did visit Britain, oversaw the planning of his wall, which is now a World Heritage Site. But never came anywhere near here.

Anderida, the original Roman Castle in Pevensey was built some 220 years after Hadrian death. Most Lodges bear a name which is in context with their surrounding, Bexhill Lodge, Royal Sovereign Light Lodge, in Eastbourne we have Beachy Head, Eastbourne, Chatsworth, Battle has King Harold, Rudyard Kipling and Abbey. Or, a lodge may name itself in such a way as to make its members and others think. Briefly, The Emperor Hadrian was the only Emperor never to expand the empire or wage war, he consolidated the Roman Empire, introduced civil law, encouraged the arts and brought law and order to the masses. He was also a great and innovative builder. The pantheon in Rome was built to his design, and the first recorded dome to be built in history and the first building to be built with concrete foundations. His country estate, Tivoli, was built with extraordinary innovation, with pumpkin domes and innovative building techniques. It remains even to this day as an inspiration to architects. Adams, that famous English architect, spent much time in Tivoli, making moulds and drawings that would inspire him to incorporate them into many of the great country houses that he designed. All in all I like to think that that is the reason we bear his name although I must stress that that is my personal view. 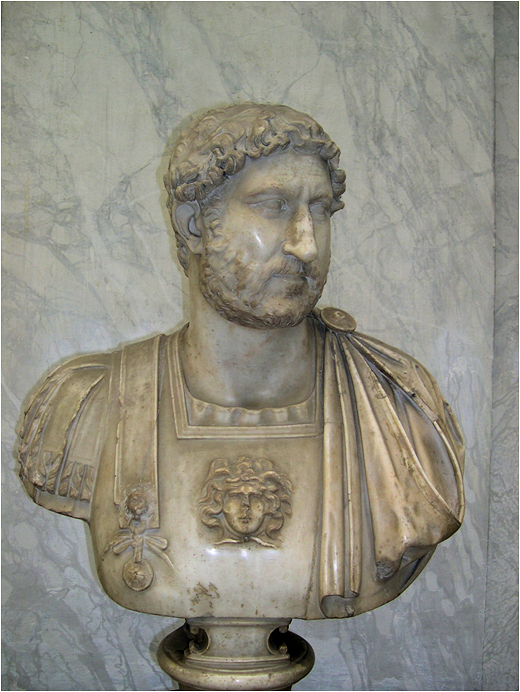